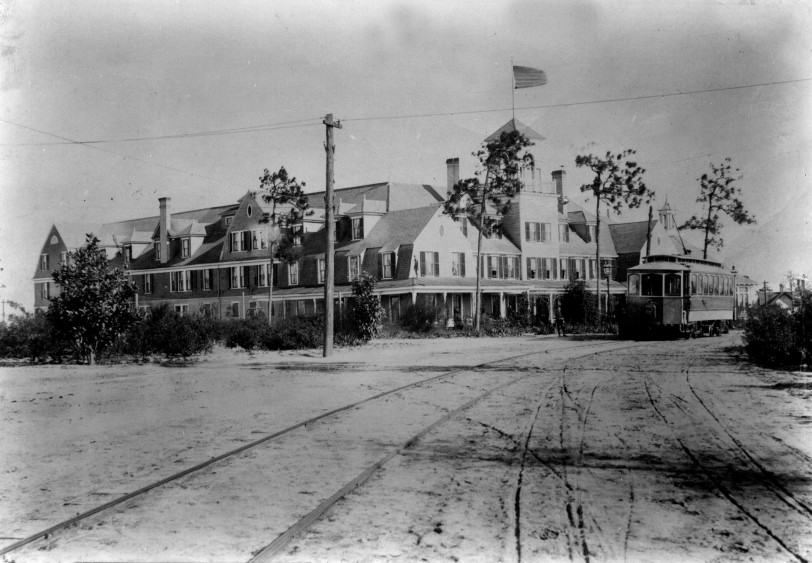 The Holly Inn, Village of Pinehurst

Special thanks to Tufts Archives for this great article

In 1996, the Village of Pinehurst, North Carolina became a National Historic Landmark; the first golf resort and community to achieve the honor recognizing its prominence in the development of golf in the United States.  The designation included the historic old town with its cottages, the Pinehurst Resort and Country Club and several of its internationally-acclaimed golf courses.

James Walker Tufts could not have anticipated the historic designation, in 1895, when he purchased nearly six-thousand acres of sandy, clear-cut land in Moore County, North Carolina.  Tufts was a talented entrepreneur who made his fortune patenting soda fountain machines and as founder of the American Soda Fountain Company.

He wanted to build a resort in an area with a mild and healthy climate where people ill with tuberculosis could come to recover.  When he found his ideal location in the Sandhills of North Carolina, Tufts hired the firm started by Frederic Law Olmsted, the country’s most prominent landscape architect and design firm, to plan the resort village.  For a contract price of $300, the Olmstead firm designed a village that was typically New England with curving, twisting roads leading from a central village green. Architects from Boston designed the hotels, boarding houses and cottages.  On December 31, 1895, the Holly Inn, in the newly-named Village of Pinehurst, welcomed its first guests. 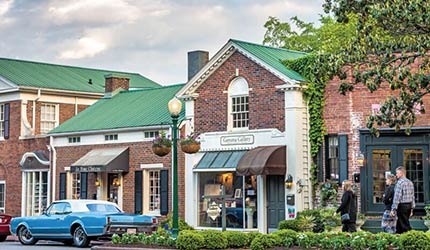 Tufts had to abandon the philanthropic intentions for his resort with the discovery that tuberculosis was highly contagious.  Instead, by 1897, he sought healthy sportsmen, well-to-do businessmen and those interested in hitting a little white ball around the first golf course in Pinehurst. A second nine holes came in 1899.  In 1900, Tufts hired a Scotsman, Donald Ross as the resort’s golf professional.  Ross was granted sole authority over developing golf in the resort.  That marked the beginning of Pinehurst as one of the nation’s first and leading golf resorts. Pinehurst has also hosted equestrian activities from polo to harness racing since the early 1900’s.  The American Horse Show Association recognized the events in Pinehurst as some of the earliest horse shows in the country. The tradition continues with regularly scheduled horse shows held at the Pinehurst Track.

In October 1897, James Tufts began publishing a weekly resort newspaper, The Pinehurst Outlook, to help develop a sense of community among the resort guests.  The newspaper announced village activities, entertainment for the guests, and the names of visitors to the cottages and hotels, along with advertisements for Pinehurst businesses.  As golf became more popular, the newspaper gave it increased coverage and recounted tournament play in detail.  The Tufts Archives has complete copies of The Pinehurst Outlook and thousands of other historic documents, photographs and memorabilia on display. 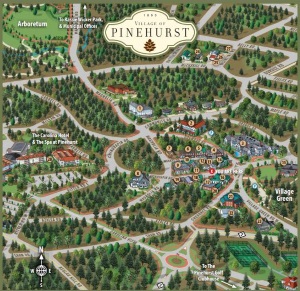 For more than a century, Pinehurst has been a sought after destination, first for those from the Northeast seeking to escape harsh winters and now for people from around the world who want to play some of the area’s 42 outstanding golf courses or enjoy other sporting activities.  In 2000, Golf Digest listed Pinehurst as Number 3 on its list of the world’s “50 Greatest Golf Destinations.”  The U.S. Open Championship was held on the fabled Pinehurst No. 2 course designed by Donald Ross, in 1999 and in 2005,  and in 2014, history will be made when, for the first time ever, the Women’s Open and the Men’s Open will be held on the same golf course, Pinehurst No. 2.